Shrimp and Grits made easy - Ready in 10 minutes! 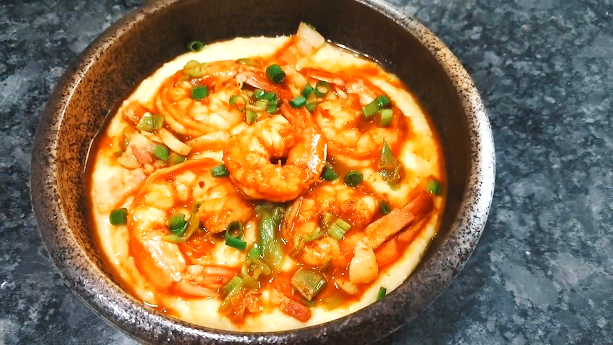 There hasn't been a time when I saw shrimp and grits on a menu and hadn't wanted to order it. Every visit to a NOLA restaurant I have a mental struggle among shrimp and grits, crawfish étouffée, and jambalaya. If you have the same debate often, order the higher effort dishes.

Unlike most southern dishes, shrimp and grits is a lot simpler in seasoning. It does not require the 'holy trinity' of southern cuisine (chopped celery, onions, and green pepper). While it's tempting to throw them in to make this restaurant-favorite more special, I suggest trying the simple bacon & scallion way at least once, & refrain from over-complicating this. I'm seasoning mine with just paprika and ground coriander seeds. Feel free to use pre-made cajun seasoning. Hold the salt until just before serving.  Bacon tend to have quite a bit of salt, so does chicken broth, I usually don't need to add any additional salt unless I'm using low-sodium alternatives. 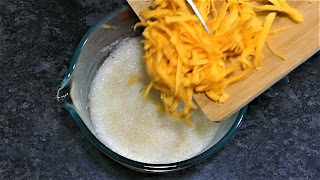 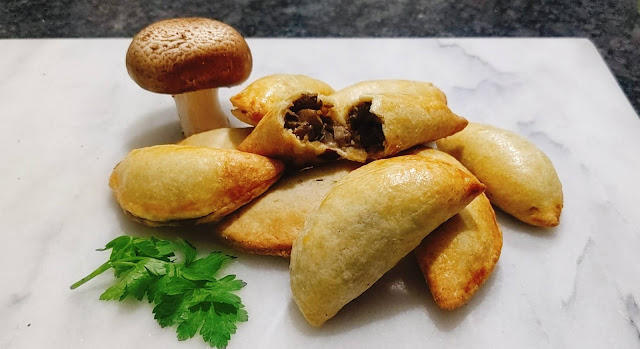 Out of all the popular items that Trader Joe's discontinued, Mushroom Turnovers was the most heartbreaking of them all. Every once in a while I look through the frozen aisle hoping they'd bring it back. This is the year I finally give up and make my own.  Luckily this frozen aisle favorite was too popular for the internet to not have ample pictures of the box. Google image is a lifesaver. Turns out all these years I've been buying them, I never actually read the box description: Sautéed Mushroom & Onions in a Cream Cheese Pastry - I didn't even know the pastry had cream cheese!  I swapped out half the butter for cream cheese and made the pastry as I would with any pie crust. The result tastes very similar to the standard shortcrust, with subtle but noticeable difference: wonderfully flakey with a hint of tartness and creaminess. The dough was also more elastic and easier to roll out without chilling, compared to an all-butter crust.  The manufacturer's filling i