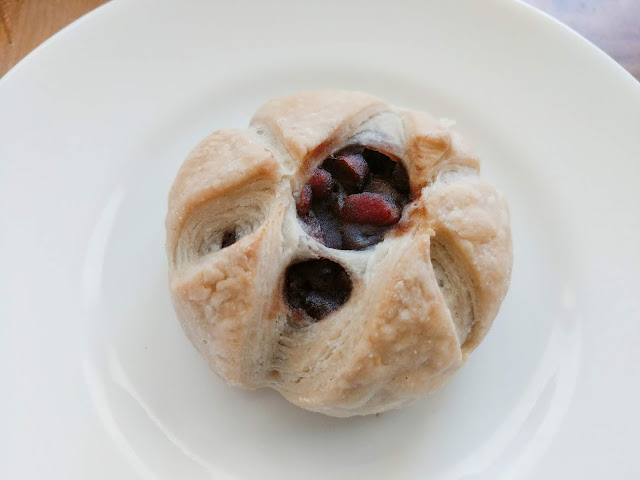 This is an accidentally-vegan recipe, where the coconut oil substitution is applied as an upgrade to the traditional lard - and it worked out better than I hoped!

why traditional pastry calls for lard

Recipes tend to call for the same fat in lean dough and the oil dough for simplicity. But only the oil dough has finicky requirements. it calls for a fat that is solid at room temperature, but is very soft and easy to handle. Because the oil dough mixes the fat with flour in the oil layer for ease of handling (vs pure butter in western puff pastry, that requires chilling in between turning), it also requires pure fat to puff right - that's why supermarket butter, with its 20% water content, does not work very well for this application. 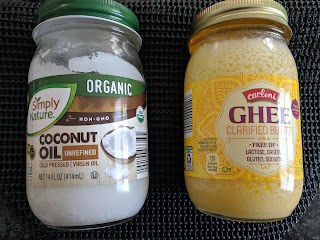 what are acceptable substitutions

Store bought lard has a melting point of 97~113F - you want to pick a fat with relatively high melting point like this, for ease of handling, as the temperature from your hand will warm up the dough.

Coconut oil, at 99% fat, looks and feels a lot like lard at room temperature, and behaves similarly when baked. Shelf-stable coconut oil has a melting temperature of 97~104F, also a good range to work with.

Clarified butter has the right fat content, but at a relatively lower melting temperature of 90~95F, might be a little challenging to handle for beginners. You might even notice store bought ghee come in semi-liquid form already. So don't overwork it with your hand, or use a mixer on high speed.

Tallow (beef fat) is a good substitution for savory puff, with a relatively high melting point of 108~113F. It does carry a stronger, more savory flavor so I don't recommend it for sweet pastry.

Shortening is very stable, with a high melting point of 115~120F, so it would theoretically work. But come on, pick a fat that tastes good. 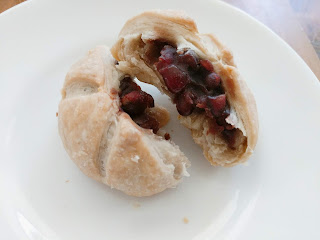 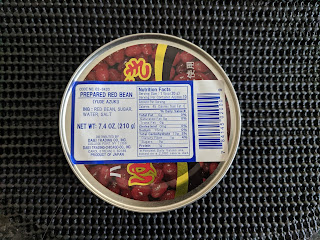 Filling:
1 small can of sweet red bean
^ you can make your own buy cooking red bean until soft and reducing the syrup.

Instruction:
Combine the ingredients for lean dough. use a spatula to work together the dough and let rest for 10 minutes. Dough will be very sticky at this stage.
Mix together coconut oil & flour for the oil dough with your hand. Work until oil is evenly distributed into the flour. Form a dough. Cut into 8 equal portions.
Knead the lean dough until smooth and cut into 8 equal portions.
Wrap each oil dough in each lean dough. 3-fold & turn 4~5 times for layers.
Roll out pastry, add ~1 tbsp of red bean filling to each, and wrap it up tight; place them pleat-side down.  Optional: score the top into 6 or 8 even slices for styling.

Feel free to swap the filling with any feeling you like with coconut pastry - I use brownie batter for people who don't like red bean. 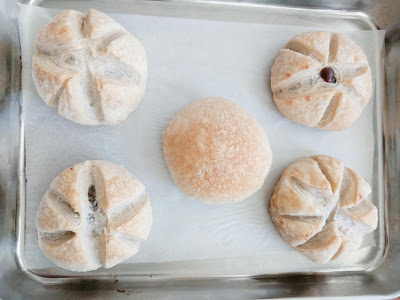 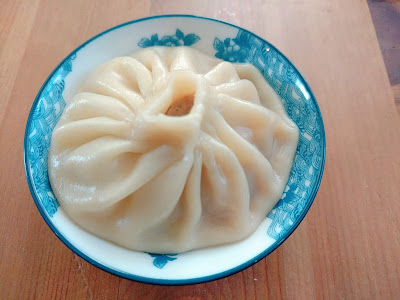 This is a hacky way of making my childhood favorite dim sum. My mother laughed at all my cop-out's, but was delighted at the result. Truth is, while xiaolongbao is an ubiquitous Shanghai specialty, a lot of locals have never actually made it themselves because the traditional way is quite time consuming. In a nutshell, the soup was added to the dumplings by cooking down pork or chicken collagen until you get a thick enough broth that gelatinizes when cooled. The solid soup jelly is then chopped up and mixed into the meat, which is then wrapped into the dough. When steamed, the jelly dissolves into soup again at high temperature, and you have soup dumpling. To save you hours of cooking and chilling, my shortcut is to add gelatin into store-bought broth. To further reduce chilling time, warm up only half of the broth needed, dissolve bloomed gelatin in it, and stir in the remaining cold broth into the mixture. This will cool down the mixture a lot faster. My broth was set 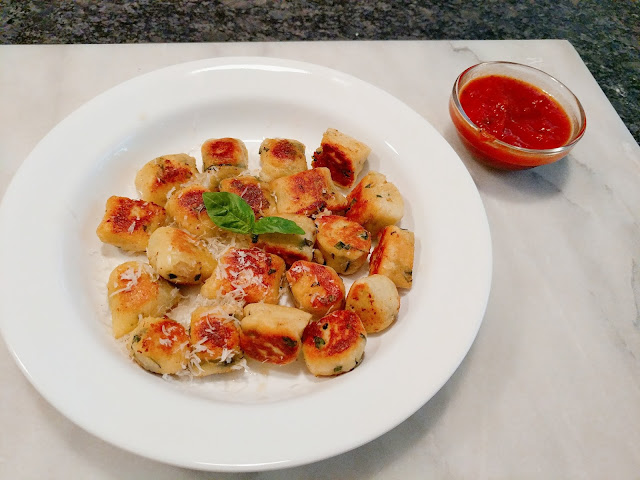 If you've ever bought pre-made, shelve-stable, room-temperature packaged gnocchi, you've been disappointed before. They're always gummy with very little potato taste. I wish it were easier to like the much more convenient substitute. God knows how many times I failed at making the legendary light-as-cloud, fluffy, pillowy gnocchi. I've made enough batches that were colossal waste of time and ingredients, I could hear Gordon Ramsay yelling in my head. Truth be told I kinda know why. But honestly, who measures Idaho potatoes by the grams?! How big do you consider a "medium potato" to be? Do you bake your potatoes wrapped in aluminum foil, or microwave them with a lid on? What is a good amount of water loss? What is a proper amount of dusting flour? What does it even mean to work just until the dough comes together?! If you've shared my frustrations, this is a recipe for you! It recently dawned on me that potato gnocchi are finicky because the wetn